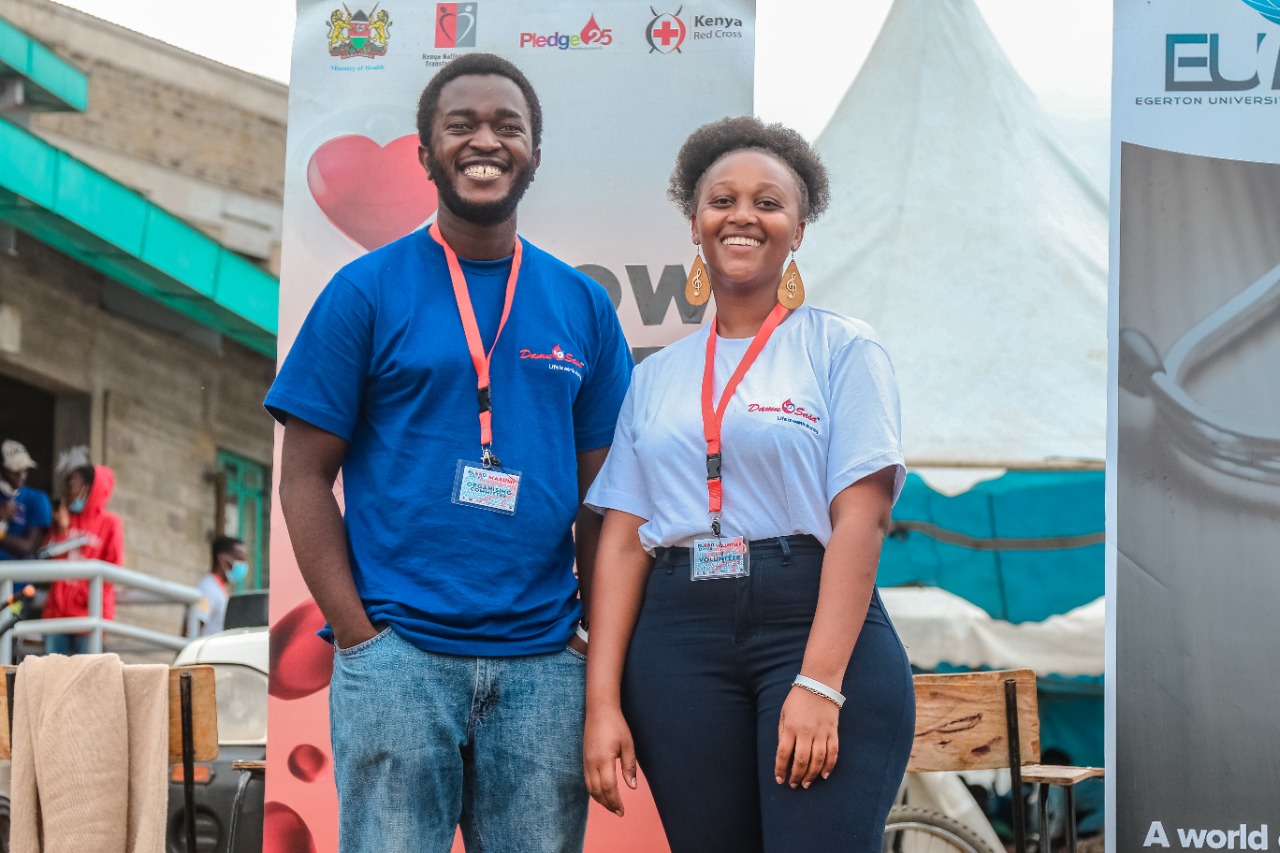 It is said that it is better to give than it is to receive, and what better way to give back to society than by donating blood to save lives! This year, the plight of the patients in the hospitals fell on willing ears. The activity was part of this year's Blood Drive and was held in two phases (as was done last year). The first phase was done on Friday 29th of April 2022, at the Egerton University main campus in Njoro, while the second phase was conducted on the 30th of April 2022 at the Nakuru Town campus, in Milimani.

The planning of the drive was collaborative. The team from Egerton University, led by the President of the Egerton University Medical Students Association (EUMEDSA), Victor Makumi, engaged the student fraternity and the community at large on donations. This was enhanced by the digital Damu Sasa application, with assistance from Damu Sasa staff, Sidney Aurah and Danice Njeri, on the booking and mobilization of student donors. The team that conducted the bleeding on both days was drawn from the Donor Unit of the Nakuru Level 6 Hospital. It comprised Patrick Njuguna, Nicholas Tuitoek, and Christine Were, under the leadership of the medical superintendent, Dr. Aisha Maina. Further, goodwill from the Kenya Red Cross Society Nakuru and the Kenya Medical Association Nakuru chapter better enabled the facilitation of the activity.

On the first day of the Blood Drive, 110 units of blood were collected, while the second day saw 43 units collected. The turnout exceeded our expectations! This was in part made possible by the volunteers who were relentless, in mobilizing potential blood donors. Although a few of the donors admitted to being scared of the whole bleeding process, their fears were allayed and their questions were answered, on what it takes to donate, and the safety precautions involved.

Attached here are some of the commonly asked questions:

Weigh at least 50kg for males or 45kg for females; and,

The human body replenishes the blood volume within 24 hours. Red blood cells are replenished within 3 to 4 weeks, and the lost iron in 6 to 8 weeks.

Each person can donate regularly. Men can donate every three months and women every four months.;

You, too, could save someone's life by donating blood! Indeed, you are someone's type!